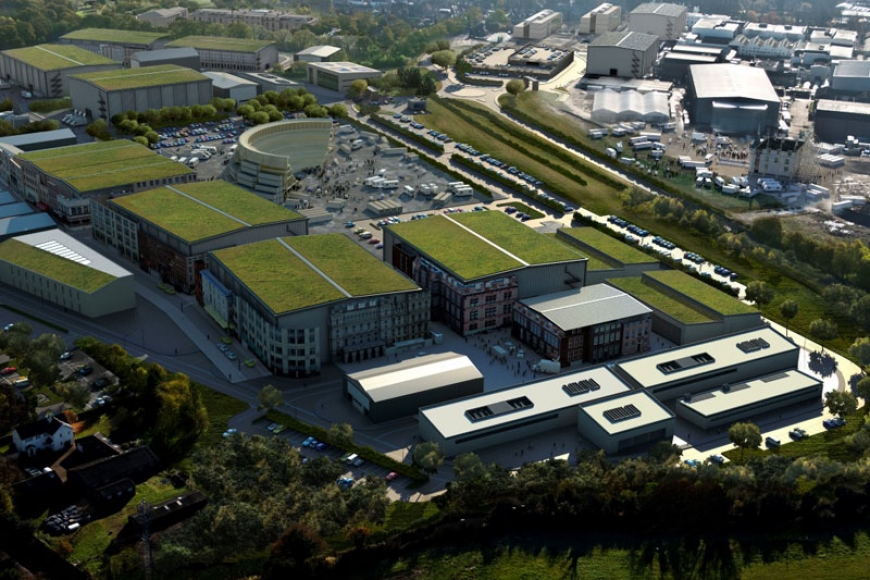 World famous films have been made at Pinewood Studios since the 1930s and popularity of the filming location remains to this day. This has led developers to expand the studios allowing further capacity for the scheduling of film production.

The expansion project, which began in early 2015, includes creating 100,000sqm of new facilities including workshops, sound stages and offices which will double the size of the studios and secure Pinewood’s future as a leading film studio.

The SIG Distribution has been involved with this project since the outset, supplying geotechnical solutions to support the construction of five new sound stages, and creating temporary hard standing areas for 10 future workshops and two new offices. SIG Distribution also supplied products to create a new internal road network, hard and soft landscaping, ecology measures and further roadworks, including a new four arm roundabout, a toucan crossing and an emergency access road.

A spokesperson for SIG explains their role in the project, “It was really exciting to work on such a high profile project as so many well-known films have been made at Pinewood Studios and the expansion project will secure its future as a key player in the film industry. The role SIG Distribution played was to help prepare the area for the construction of a range of new buildings and road networks and provide valuable technical advice to Hillstreet Construction Ltd, the groundworkers on the project. We have been involved in the project from the start and provided value engineering by reducing the amount of stone required on-site by providing initial design calculations which showed the cost savings the contractor could have by using grids instead of stone.”

The Pinewood Studios redevelopment is ongoing and so far, the SIG Distribution has supplied Securegrid, Geotec, mesh and tying wire and road pins at a cost of £54,000. There are further quotes in place for the next stage of the project, including the provision of geogrids and erosion control for embankments, Envirotrak, gabions, channel drainage and additional grids and geotextiles supplied as and when required by site call off.

Amanda Downey explains the importance of this project running to schedule, “As with any project, it is vital that the work is completed on time, but for Pinewood it is essential as not to disrupt any filming schedules. The confidence we have in our products and distribution network means we did not hesitate in providing support to our client”.

The redevelopment of Pinewood Studios is a long-term project worth £200m in total.